Goelst fundamentally changed the electric curtain rail market back in 2002 with the launch of the first generation 6200 series, which brought virtually silent operation and the potential for true DIY installation due to the development of a clever, compact yet powerful 24v motor with in impressive 60kg carrying capacity and remote control operation as a standard feature. 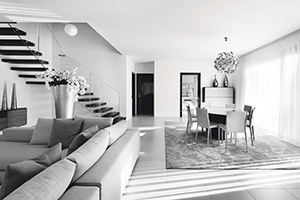 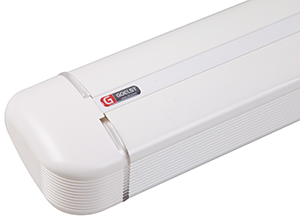 Move on almost 20 years and Goelst has done it again. Designed and manufactured in house at their modern production facility in Ede, Holland, G-motion is the latest generation of curtain rail motors from Goelst. The range currently consists of two modular motor systems with a third on the way. The entry level GM4 motor is capable of carrying up 40kg over 9mts and comes with an impressive array of standard features such as a helpful self-calibration mode, which sets the curtain open and closed positions for you. Added to this are touch & go and touch & stop features with three user definable levels of sensitivity and three user definable speed settings. The original built in timer has been retained but is now complimented by an optional light sensor with three modes of operation based on light intensity, dawn and dusk light levels or a combination of the two. 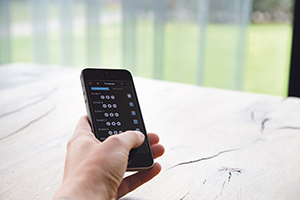 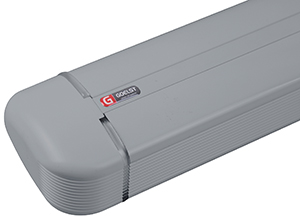 One of the appeals of the original 6200 system was the ease with which it could be controlled by third party devices, which proved to be a hit with home automation installers. G-motion retains the ‘keep it simple’ control philosophy with three user definable contact closure switching modes giving an additional level of flexibility. Switching between any of the user modes is achieved quickly and easily using two buttons on the base of the motor, which cycle through an intuitive colour coded LED driven menu system. For the tech savvy, RS232 also comes as standard across the range with RS485 and/or integrated RF (433MHz) available shortly as an option. Z-wave, Bluetooth and Wi-Fi operation via an app are all in the advanced stages of development. There is also a 240v switching option available for situations where compatibility with older BMS systems may be a requirement. 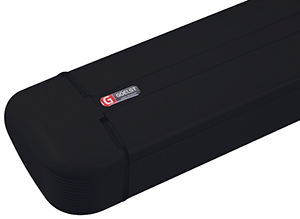 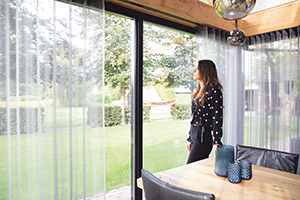 Goelst not only looks to the future, but also to the past. As a result, GM4 (40kg), GM6 (60kg) and GM1 (100kg) motors are all backwards compatible with previous systems meaning that rails manufactured almost 20 years ago can now be brought up to date with the latest motors. It’s this kind of thinking that sets Goelst apart from the competition.

With three standard motor and profile colour options, a standard bending radius of 300mm (custom radii bends are also possible), a variety of gliders to suit a wide range of curtain headings and a comprehensive selection of bracketry to cover virtually any fixing situation, G-motion by Goelst is the perfect way to display and effortlessly move any fabric.